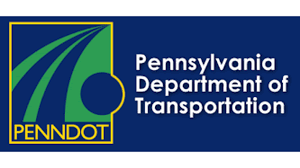 Harrisburg, PA – The Pennsylvania Department of Transportation (PennDOT) announced today that a weekend closure is planned for Route 851 at the Interstate 83 (Exit 4) Interchange in Shrewsbury Township, York County. The closure will allow the contractor to perform work to open the new diverging diamond interchange currently under construction.

Weather permitting, Route 851 will be closed to through traffic between the on ramps to
northbound and southbound Interstate 83 from 9 PM Saturday, June 26, to 5 AM Monday, June 28. Should weather impact the planned closure, it will be rescheduled for the same hours the weekend of July 10 to July 12.

Once the detour is lifted at 5 AM Monday, June 28 (or July 12, weather depending), the interchange will be transitioned into the new diverging diamond configuration. Some finishing work remains which will require ramp closures. Updated press releases will be issued prior to this work.

This work is part of a $29.9 million Diverging Diamond Interchange (DDI) construction contract awarded to Kinsley Construction, Inc. of the City of York, York County. The project includes replacement of the northbound and southbound bridges that carry I-83 over Route 851 with two-span structures that will allow enough clearance for Route 851 to be widened to four lanes and realigned into the DDI configuration. Work under this contract will also lengthen and reconstruct the on and off ramps within the interchange and replace the culvert that carries Deer Creek beneath the interchange.

The diverging diamond interchange configuration improves safety by eliminating conflicts with left turns and through movements and improves operations by providing dedicated turn lanes and decreasing backlogs onto the I-83 mainline.

For more information go to the project web site at I-83 Exit 4 Improvements (penndot.gov). Motorists can check conditions on major roadways by visiting www.511PA.com. 511PA, which is free and available 24 hours a day, provides traffic delay warnings, weather forecasts, traffic speed information and access to more than 1,000 traffic cameras. 511PA is also available through a smartphone application for iPhone and Android devices, by calling 5-1-1, or by following regional Twitter alerts accessible on the 511PA website. Subscribe to PennDOT news and traffic alerts in Adams, Cumberland, Dauphin, Franklin, Lancaster, Lebanon, Perry and York counties at www.penndot.gov/District8.
Information about infrastructure in District 8, including completed work and significant projects, is available at www.penndot.gov/D8Results. Find PennDOT’s planned and active construction projects at www.projects.penndot.gov.
Follow PennDOT on Twitter at www.twitter.com/PennDOTNews and like the department on Facebook at www.facebook.com/PennsylvaniaDepartmentofTransportation and Instagram at https://www.instagram.com/pennsylvaniadot/.
MEDIA CONTACT: Dave Thompson, 717-418-5018
Source: PennDOT Engineering District 8
Editor’s Note: Please refer to the accompanying project location map. 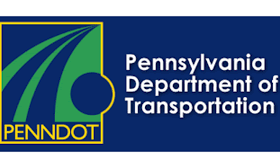 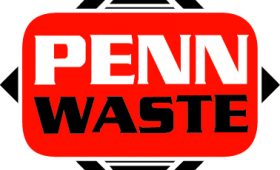